4. APPROACH TO DECISION SUPPORT INTELLIGENT SYSTEMS DEVELOPMENT BASED ON ONTOLOGIES

Scientific research in the development and implementation of decision support intelligent systems (DSIS) lies in mathematical models development, methods and means of automated information systems development that are targeted to the areas of human activities that require logical reasoning, specific skills and experience, that is, based on knowledge. According to experts of information software systems development, a class of applications, which are necessary for solving such systems, is the most popular. The applications include decision tasks in such domains as disease diagnosing and technical problems; planning and monitoring activities; forecasting and classification of events; processing of natural language texts (quasi-summarization, quasi-annotation) and others.

The main component of DSIS is knowledge base (KB), which is formed according to the software on which functioning of the system is oriented. Traditional methods of knowledge engineering (getting knowledge from experts, data mining, machine learning, etc.) are not based on a system of verified and accepted standards, that is why are based on their basis KB and eventually lose their functionality due to low efficiency of their operation. Ontology engineering is used as knowledge engineering standard, as the result of which knowledge base ontology is received. Ontology - a detailed formalization of some given field of knowledge using conceptual scheme. This scheme consists of a hierarchical structure of concepts, relations between them, theorems and restrictions, which are taken in a particular software.

Using ontologies as part of KB DSIS helps to solve a number of methodological and technological problems that occur during the development of such systems. For Ukraine the typical problems are the lack of conceptual integrity and coherence of certain techniques and methods of knowledge engineering; lack of qualified specialists in this field; stiffness of developed software and its low adaptive capacity; complexity of DSIS implementation due to the psychological aspects. All this demonstrates and confirms the relevance of research problems using ontologies in building DSIS.

4.2. THE ANALYSIS OF RECENT RESEARCHES AND PUBLICATIONS

Research towards the use of ontologies in the development and functioning of information systems, including the DSIS, has began late last century and is developing intensively. Basic theoretical principles of formal mathematical models of ontology were developed in the works of T.Hruber [1], who proposed to consider ontology as three-dimensional tuple; N.Huarino [2] in his works described methods of ontology building and possible ways of its development; D.Sova introduced the conceptual graphs term [3] and M.Montes-Gomez used it for ontology presentation [4]. Analyzing the works in general we can conclude that research in the development and use of ontologies in the construction of applied information systems is actively developing. These facts show the topicality of the building DSIS-related problems based on ontologies as a subject of research. Analysis of the main approaches, methods and tools for building DSIS and research areas using ontologies shows that the composition of these systems uses not all the possibilities of ontologies, especially during functionality simulation of such systems, although the advantages of ontologies usage in comparison with other methods of constructing KB are obvious since ontologies reflect objective knowledge and serve as a standard of engineering knowledge. In particular, there are some unresolved problems: modeling of decision-making processes and extraction of new knowledge based on ontologies; ontologies filling criteria; assessment of ontologies knowledge novelty and so on.

The work solves the problem of development and implementation of standardized methods of DSIS construction using the ontological approach to improve efficiency of KB and of the functioning of such systems. 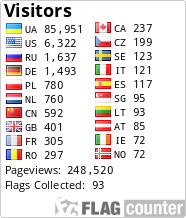